Robyn Lively, Shanola Hampton to Star in Thriller ‘Through the Glass Darkly’ (Variety.com)

Robyn Lively and Shanola Hampton will star in the independent psychological thriller “Through the Glass Darkly,” scheduled to be shot in Georgia in March.

Newcomer Lauren Fash is directing from a script she wrote with Susan Graham. Hampton and Lively portray an unlikely duo who team up to solve the recent kidnapping of a local girl, a crime which echoes the disappearance of the daughter of Lively’s character. The script was featured in the Sundance and Women in Film financing intensive program in 2017. 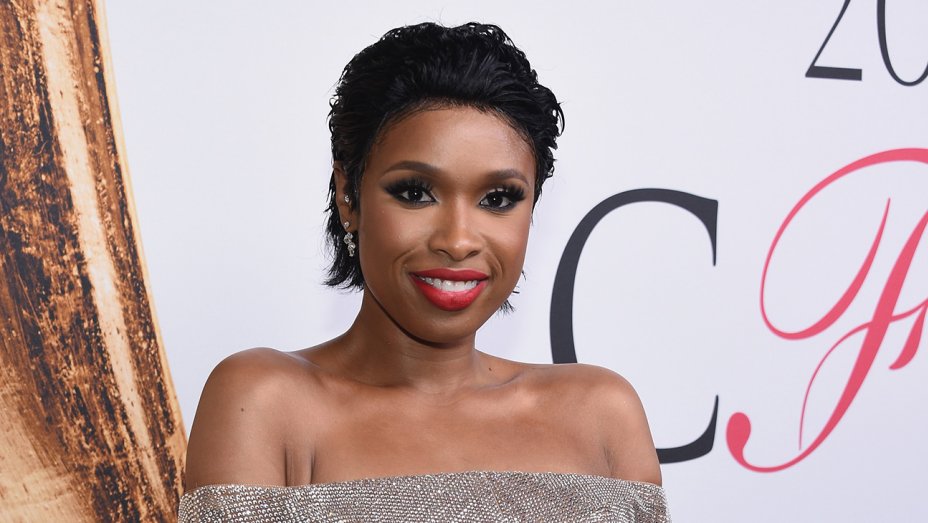 Lisa and Catherine recently completed casting 4 features including the Netflix/Adam Sandler film starring the amazingly talented Jennifer Hudson in her first comedy plus an all-star cast including Adam, Kevin James, Terry Crews, Colin Quinn, Lamorne Morris, Nick Swardson and Aaron Neville.  “We love casting for Happy Madison Productions and are thrilled to be part of this project.”

Lisa and Catherine are excited to have cast these beautiful and talented actresses in the upcoming feature film, In Search of Fellini, written and produced by Nancy Cartwright (the voice of Bart Simpson) and Peter Kjenaas.  Directed by Taron Lexton.  We are thrilled to be part of this journey and had a blast casting the film. 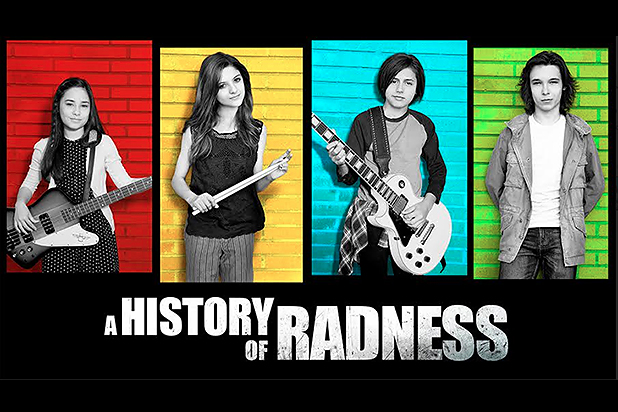 London/Stroud Casting is excited to announce the Amazon Studios pilot, “A History of Radness” that is currently in post production. We cast four super talented new up and coming young actors: Dalton Cyr, Marlhy Murphy, Issak Presley, & Cecilia Balagot. The pilot will be airing on Amazon Prime late June.

Read the full article on TheWrap.com »

London/Stroud Casting is proud to announce the release of From the Rough with  Academy Award Nominees, Taraji P. Henson and the late great Michael Clarke Duncan plus an international cast including Tom Felton from the Harry Potter series and Justin Chon from the Twilight series.

It is based on the true story of Catana Starks who made history as the first African American woman to coach a men’s college golf team. The movie opened April 25th across the country. It is a very inspirational story!

Lisa and Catherine recently completed casting, Mostly Ghostly 2: Have You Met My Ghoulfriend? based on the children’s horror fiction books by RL Stine.  Executive Producer, Yvonne Bernard says, “You guys did a fabulous job!”

Mostly Ghostly 2 stars, Bella Thorne, Ryan Ochoa, Madison Pettis, Roshon Fagan and Calum Worthy.  There is even a cameo with the legendary, Joan Rivers.  “It was great to put together a fantastic cast of actors for MG2,” says Catherine and Lisa.  “The first Mostly Ghostly we cast was very successful.  We look forward to this one being an even a bigger success.” 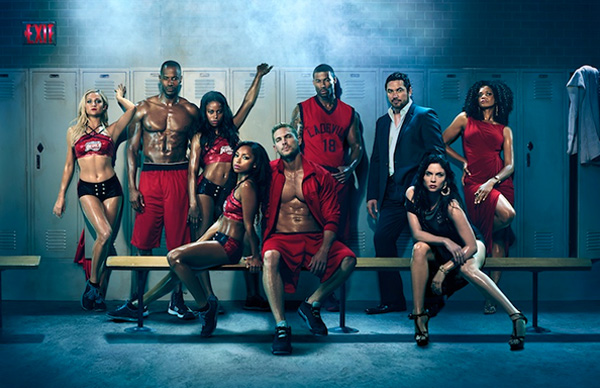 We are very excited to be underway casting Season 2 of Hit the Floor which was the #1 new scripted series of last summer on cable among Adults 18-49. The series explores the sexy world of professional basketball and the dancers who make the fans (and players) go wild. Check out the Hollywood Reporter article and new trailer. VH1’s ‘Hit the Floor’: Sexy Season-Two Promo Debuts (Exclusive Video) by Philiana Ng The first teaser for the second season of VH1’s Hit the Floor has hit the web. Hit the Floor is set in the world of professional basketball — namely the No. 1 team in the league, the Los Angeles Devils, and the dancers, the Devil Girls, who make the fans (and players) go wild. The Hollywood Reporter exclusively debuts the first footage from the second season, which kicks off Monday, May 26, at 9 p.m. ET/PT. VH1 will show the (very sexy) 45-second trailer during Monday’s Single Ladies finale. As the promo teases, “Get ready to turn up the heat.” Hit the Floor stars Dean Cain, Kimberly Elise, Taylour Paige, Jodi Lyn O’Keefe, Logan Browning, Valery Ortiz, Katherine Bailess, Adam Senn, Jonathan McDaniel, McKinley Freeman, Rob Riley, Don Stark and Brent Antonello. Among the new additions are O’Keefe, who plays Lionel Davenport, the estranged wife of Pete Davenport (Cain); Senn, who plays Zero, a star basketball player; and Antonello, who plays Jude, a junior sports agent. Watch the promo below.

Hit The Floor was such a success for VH1 that we will begin casting Season 2 in January 2014. Watch the trailer for Season 1.  Here is an article from Backstage:

VH1 Is Looking For Actors For Scripted Programs
By Sean J. Miller

VH1 is venturing further into scripted development and bringing on fresh acting talent in a bid to woo a young female audience.

The Viacom cable network, known for unscripted shows such as “Behind the Music” and “I’m Married to A…,” premiered its second scripted series, “Hit the Floor,” May 27. In addition, it’s readying a biopic about the group TLC titled “Crazy Sexy Cool” and has more scripted content on the horizon.

“I feel like a lot of cable channels now are making their claim of doing scripted, and it’s not easy,” Jill Holmes, VH1’s senior vice president, West Coast production and development, told Backstage. “We played with it for a long time, but once you find the formula that works with your audience, then it gets a lot more exciting.”

The cable net started its latest scripted foray with “Single Ladies,” an hour long drama that began as a backdoor pilot in 2011 and was renewed last year for a third season. The network used that model for “Hit the Floor,” an hour long dramedy that follows a fictional professional basketball dance team called the Devil Girls, which went straight to series from the pilot.

Being new to scripted development, VH1 doesn’t have a stable of actors to draw from when casting its series. That has allowed newcomers such as Taylour Paige, a former Laker Girl who plays Ahsha, to capture lead roles.

“I have three black women as leads on my show,” said James LaRosa, a former tennis journalist and the creator of “Hit the Floor.” “I don’t really know where else I’d be able to do that in a show with this kind of production value. We have a nice diverse cast.”

Veteran performers such as Kimberly Elise, Charlotte Ross, and Dean Cain, who plays the basketball team’s head coach, round out the cast.

Despite the popularity of dance dramas onscreen and on Broadway, LaRosa said the series was difficult to cast, in part because it required performers who could act and dance like professional cheerleaders.

“Not only did they have to dance; they had to act, they had to look like they could live in this world, and they had to embody the character,” he said. “To get somebody who could tick all those boxes was rough.”

“We cast out of L.A. and New York primarily, but the harder and the longer it took to cast these roles, the wider the scope got. Then it was Canada; then we were getting tapes from around the world,” said LaRosa.

Elise, who plays the mother of Paige’s character, was a “measuring stick” for the rest of the talent, he added. “I needed to have women who I could put in a scene with her and not drown.”

[Edit: “Bounce” has been renamed “Hit the Floor.”]

Deadline Hollywood wrote an article on the new show, “Bounce” on VH1 which is being cast by Lisa and Catherine.

Created and written by James LaRosa, Bounce follows the lives and loves of the Los Angeles Devil Girls, the dance team for the country’s No. 1 professional basketball team. It centers on Ahsha (Paige), a sheltered woman who joins the team against the wishes of her mother Sloane (Elise), who knows this treacherous, tempting world all too well having been an original Devil Girl herself. Olivia (Ross) is the shrewd squad manager, Jelena (Browning) is the ruthless star captain of the team, and Pete Davenport (Dean Cain) is the former all-star who’s come back to coach his old team only to have to contend with the girls stealing the spotlight and distracting his players. Maggie Malina and LaRosa executive produce the series, which will begin production in 2013. The cast includes Valery Ortiz, Katherine Bailess, Jonathan McDaniel and McKinley Freeman. Sanaa Hamri directed the pilot, which marks VH1′s first hourlong pilot.

Bounce follows in the footsteps of VH1′s first hourlong series, Single Ladies, which didn’t go through the traditional pilot stage — it originated as a movie. Comedic drama Single Ladies, also executive produced by Malina, is currently airing its second season, averaging 3.1 million total viewers for premiere plus first encores on Monday nights. It is the No. 1 ad-supported regularly scheduled scripted show among women 18-49 this summer. “Bounce has all the elements we know VH1 viewers love; a world very much on the pop culture radar, an incredible cast and compelling, addictive storytelling,” said Jeff Olde, EVP Original Programming and Production. “We wanted to create a scripted series at VH1 in which music is a strong narrative force, and we have found that with Bounce.” Bounce is produced by Bryan Johnson and The Film Syndicate and In Cahoots Media. Cain and Elise are with APA, Ross with Untitled. 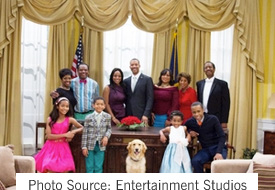 The two series — “First Family” and “Mr. Box Office” — hail from Entertainment Studios, which announced that each had received a 104-episode order in January. Both are scheduled to start production this summer ahead of planned fall premieres.

“First Family” centers on a fictional (i.e., not the Obamas, and not based on the Obamas) African-American family living in the White House. The cast includes Christopher B. Duncan as President William Johnson, Gladys Knight as the first mom, and comedian Paul Rodriguez as a Latin-American dictator. Production on the pilot of “First Family” wrapped in March, and shooting is planned for the summer.

“Mr. Box Office” follows an A-list actor who is sentenced to six months of community service teaching at a high school in South Central Los Angeles. The pilot is scheduled to shoot in early May.